In the first post of this series we looked at the importance of scoring the dough to control crust expansion as the dough rises. Even so, the crust can still split and crack as it dries out in the oven.

To overcome this, and achieve a lovely golden, crisp crust, we add moisture to the mix.

Adding Moisture to the Mix

The addition of moisture, both on the surface of the dough and in the oven itself, prolongs the time that the crust takes to solidify. This, in turn, allows the dough to expand until the yeast has done its job without causing the crust to split and crack open at weak points. It facilitates a more even and pronounced rise (or “oven spring”) of the loaf.

A simple and cost-effective method of applying moisture to both the dough and the oven is to use a small handheld water sprayer, available from most supermarkets or online. The loaf should be sprayed liberally after cutting the grooves and before going into the oven so that the dough surface is already moist (including the surface in the grooves), ready to expand in the oven.

When the oven is at temperature, open and spray water vapour inside (10-12 full sprays), then close briefly and let it get back up to temperature again before adding the dough in. 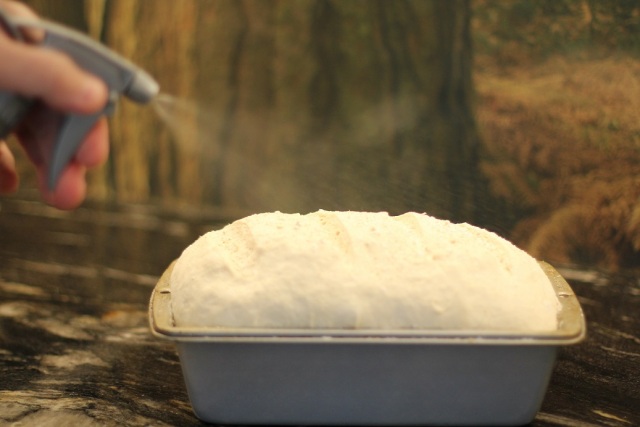 The oven should then be sprayed when the dough goes in, and can also be sprayed during the bake (although not after the dough has gained colour). Yes, it really should be sprayed that much, moisture is so important. Exactly how often you do this and when entirely depends on your oven, and is part of getting to know it.

Another common method of adding moisture into the oven is to put a shallow dish of hot water onto a low oven shelf, beneath the baking shelf. This can be done whilst the oven is heating up, however if the water has not all evaporated it should be removed before the dough is added. Leaving water in during the bake has three consquences:

I used to leave the dish with water still present in the oven for the bake. Since realising the points above, and removing the dish whilst cooking, my loaves have had a noticeable increase in oven spring with a crisper, crunchier crust.

What I do now is place a cast iron pan on the bottom of my oven when I turn it on to heat up and put a handful of ice cubes on it. When the oven is at temperature (and slightly steamy), I carefully throw in a cup of water into the pan, immediately closing the oven door. Then leave it for 10 minutes. This will cause the water to evaporate (no heat sink or thermal mass remaining), leaving a nice atmosphere of steam in the oven. It is fine to leave the cast iron pan in the oven during the bake, it has already absorbed heat so won’t affect the rise of the dough.

So will scoring the dough and adding moisture ensure a good, clean rise during the bake? Actually not quite, there’s another hurdle left to overcome.

In the next post in this series, I will be looking at an unlikely obstacle in the quest to make a loaf of bread … the oven itself.

3 thoughts on “Adding Moisture to Bread-Making” 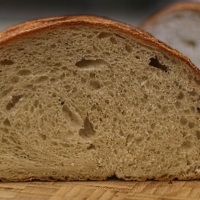 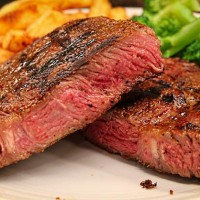