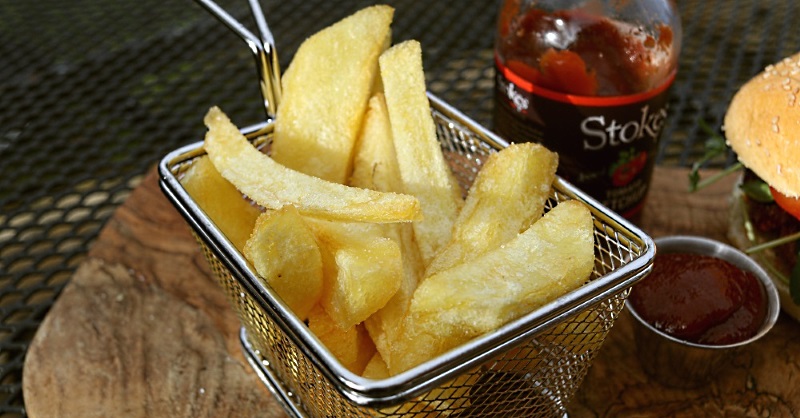 It was a late, cold, snowy night when I last returned from Switzerland. On the way home I went to our local fish and chip shop and whilst waiting, talked with the owner about their amazing chips. He revealed that they used Ramos potatoes and sold me half a bag to try out … they made the most amazing home cooked chips and potato wedges we’ve had.

Up until now, Maris Piper and King Edwards have been my standard potato varietal. However after trying Ramos potatoes cooked a few different ways, I’ll be using them from now on for baked potatoes, chips/fries and potato wedges. For roast potatoes, Maris Pipers still win.

Ramos is a Dutch-bred main crop, with high yields of decent sized potatoes. They have thin skins, making them very easy to peel. According to the owner of the Lakeside Chippy, they also don’t suffer from issues that other potatoes have when stored at low temperatures. 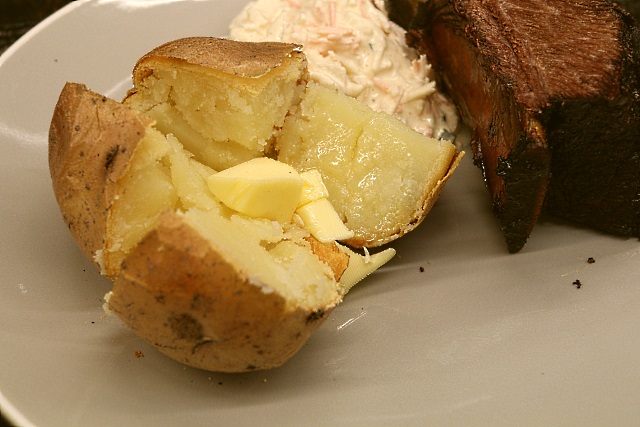 Chips/fries made with Ramos potatoes had a lighter texture compared to Maris Pipers, with less discernible fat/grease. There wasn’t a lot beforehand, but now it’s as though the chips are oven-baked with a little oil drizzled over. The chips tasted light and fluffy, with a perfect crisp, slightly crunchy coating. And I didn’t need the oven bake stage of triple cooked duck fat chips.

Ramos potatoes are also less prone to under/over boiling and frying. With chipped Maris Pipers, there can be a 2 minute window from being under and over cooked in boiling water. For Ramos it’s at least 6 minutes. The same applies when frying and there was virtually no detritus or discoloured pieces left in the fryer afterwards.

Enough talk (typing?) though, let’s get down to a recipe.

Caution: Deep-fat frying in a large open top pan can be very dangerous. There are some good, inexpensive and, most importantly safe, deep-fat fryers available. We recommend the use of these items from a safety perspective.

There are several deep fat fryers available from Amazon and other retailers.

Ramos potatoes aren’t widely available in supermarkets yet. I’ve seen them in farmers markets. Or you could ask to buy a bag from your local chip shop. You could also try growing them at home, something we are going to do. Ask your local garden centre for some seed potatoes of this varietal.

5 thoughts on “Ramos Potatoes … Where Have You Been?” 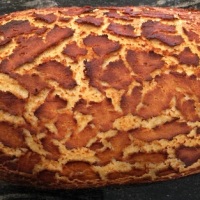 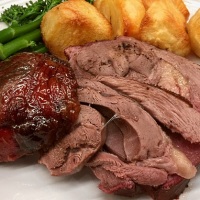 Disclaimer: some posts in this blog contain Amazon affiliate links. Should you choose to buy from Amazon, you will not pay more, Amazon will give me a small commission. This helps pay for the blog hosting.
Information about our Amazon associateship
© 2016 - 2018 The Cook's Digest.
Copyright statement
%d bloggers like this: