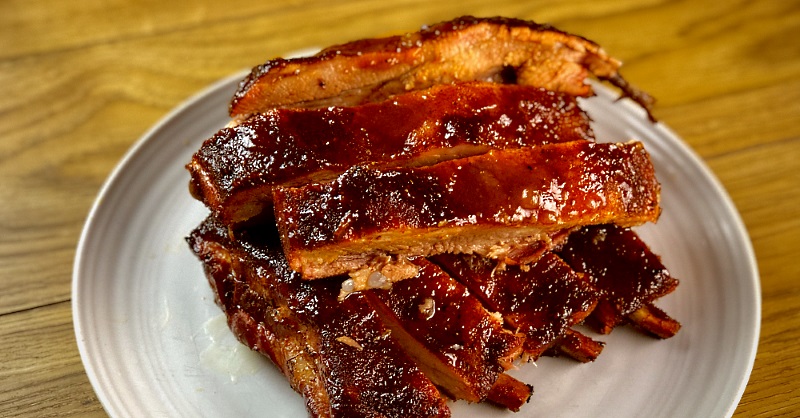 Earlier in the year, I made apricot preserve pork breast ribs, smoked over orange wood chunks. A reader suggested a similar recipe with peach preserve and smoking chunks. Sounded like a good idea, and the reader, very generously, sent me some peach wood chunks from the USA. He was bang on the money, the peach smoked and glazed St. Louis ribs were amazing!

What are St. Louis Ribs? Why Peach Smoke?

The St. Louis ribs cut, or to give it a more accurate title St. Louis-style ribs, are spare ribs that have been cut to be a regular, rectangular shape. This is achieved by removing the sternum bone, cartilage and rib tips, leaving a rectangular-shaped rack. It is synonymous with the city of St. Louis, which has been cited as consuming more barbecue sauce per capita than any other city in the USA. Some butchers will cut ribs in this particular style. I sourced the ribs in this blog post from Riverside Garden Centre, who sell the Sherwood Foods meat range.

As for the peach smoke, this was a recommendation from Ron, who hails from the Yukon. I posted a recipe for apricot and maple syrup pork breast ribs a while ago. Ron read it and suggested peach could give a superior flavour to the orange smoke I used. He was absolutely right, this was my first experience at smoking with peach wood and it won’t be the last. The peach wood gives off more intense aromatic smoke, both in terms of the fruit and also the wood notes. A real winner. 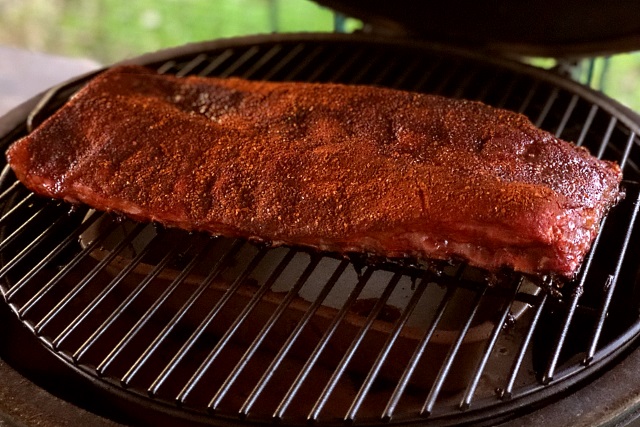 I cooked these in our Big Green Egg as I was smoking the meat. This could probably be cooked in an oven using the same temperature settings, ensuring that the oven’s fan is turned off to avoid drying out the meat. In addition you’ll need:

For the glaze and sauce 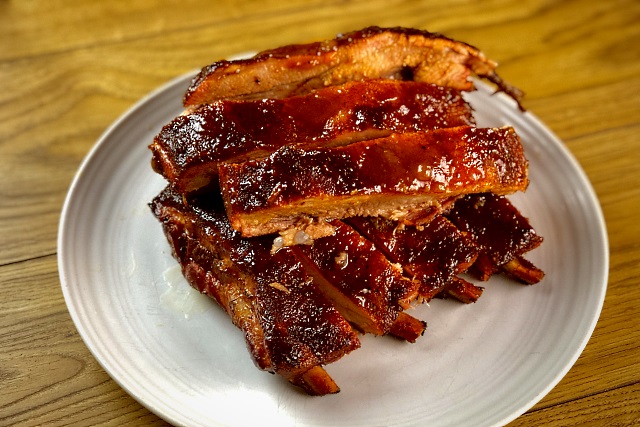 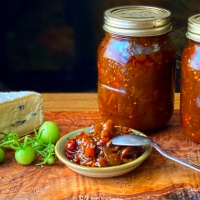 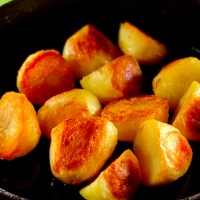 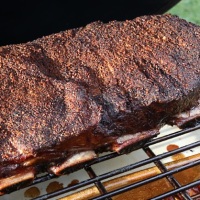